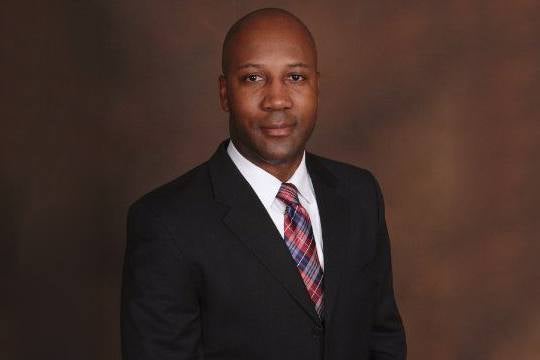 Learn more about attorney Kensley Barrett, his legal qualifications as a criminal defense lawyer, and the Rhode Island law firm.

“My goal is to work aggressively and thoroughly to help win your case!”

Kensley Barrett is a Rhode Island attorney that specializes in personal injury and criminal defense for a variety of charges, including, but not limited to: DUI's, weapons charges, assault and battery, B&E, larceny/theft, drug possession, domestic violence, sexual assault, murder, and white collar crimes.

Unlike other Rhode Island lawyers, Kensley has a unique background and experience that allows him to provide a holistic approach to representation.  A career dedicated to public service, Kensley began his professional career in 1997 with the United States Coast Guard, where he proudly served our country for eleven years before deciding to leave the Guard to attend law school.  Kensley attended the University of Connecticut School of Law, where he concentrated in both Insurance Litigation/Defense as a member of the University of Connecticut Insurance Law Journal and Criminal Law as a student-attorney with the Connecticut State's Attorney's Office.

The experience of participating in countless trials/hearings and daily interaction with the court system, provides Kensley with valuable insights that has helped him develop strategies that get positive results for his clients.  Moreover, in the six years that Kensley has practiced law in Rhode Island, he has quickly developed a reputation in the legal and local communities for being a strong advocate for his clients, aggressively challenging and winning cases.

Thank you for contacting us. We will get back to you shortly.

Please complete all required fields below.

Our law firm was founded on the belief that working with us is more than just hiring a lawyer. Working with us will bring you peace of mind and also allow you to continue with your regular life while we attend to your legal matters. Our vast experience means that it allows us to excel in both aggressively representing your interests and generating the best possible result for you.